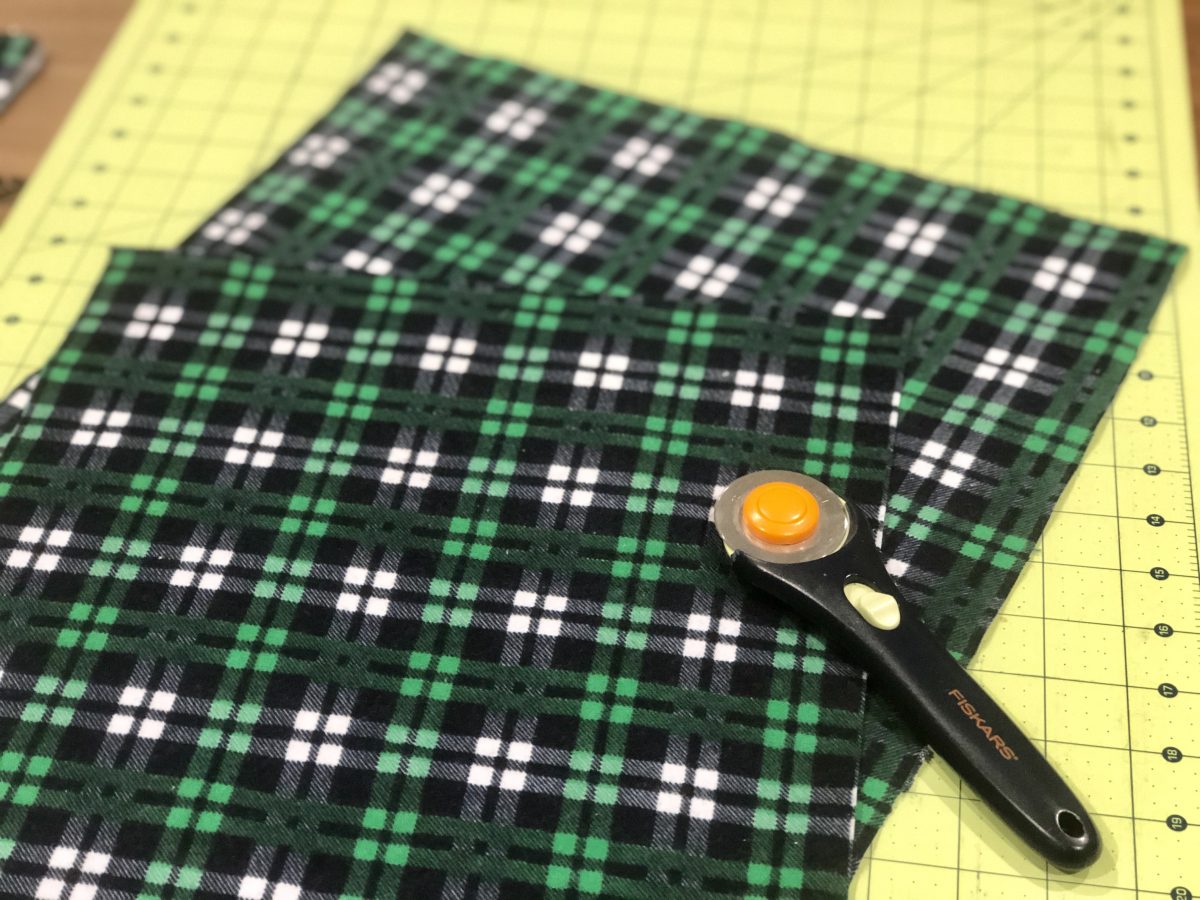 Over the past few weeks, sewers all over the U.S. raided their fabric stashes. They have been answering the call that begged for face masks. Although I hadn’t turned on my sewing machine in years, I was among those braving the depths of our fabric hoards. I found all kinds of cotton fabric that literally had me scratching my head. Obviously, I had bought this stuff, but had no idea what unfinished projects they were intended for. But, no matter, mask sewing commenced.

In going through all that fabric, aka random purchases, I found a bunch of flannel. This stuff I DO remember buying and why! WooHoo! Many moons (ok, probably almost a decade) ago, I had made a bunch of kitchen napkins. We still use these on a daily basis. They have become dinner napkins, counter scrubbers and dish washers. A napkin gets used and then tossed into whatever load of laundry is being done at the time. And let’s face it, I have three kids, so the washing machine is constantly getting a work-out.

Well, needless to say, napkins have been added to my now growing sewing pile. And what better way to celebrate Earth Day, but by making more from my already purchased materials. They are so super simple to make and the best part, is that if you goof, so what? Who is going to see them but your family who is just using them to clean something anyway. Think you don’t have any flannel to try making your own? You don’t have to run to the store, but look at the stuff you just purged from the closets. Flannel shirt no one wears, done. Flannel bed sheets that your son refuses to have on his bed because he gets too hot, you could get a bunch of napkins from those!

So, now that your ready to try, you are asking what to do. Here it goes:

Honestly, if you do these in an assembly line fashion, they don’t take long at all to finish. I like to do about 4 at a time. This makes a great beginner project, as a matter of fact, I think the two oldest Punks learned to do these at a pretty young age.

What are you waiting for? Try it out for yourself and let me know if you have any questions.

I’m a woman of a certain age (ahem…40s), which means I’m young enough to get into mischief but old enough to know better. I’m crazy about my 3 kids and they in turn drive me crazy. We have two dogs, a cat and a house full of laughter. I have a close network of friends and family that span the country. If I’m not at the shop or running a kid somewhere, I’m probably spending time at a lake in Northern Michigan where I get to boat, kayak or possibly collapse into a hammock with a good book.

Stay In The Know with Peachtree Street

Join our mailing list and be part of the first to know about special events, holiday promotions and random newsletters.

!
Terms and Conditions checkbox is required.
NOTIFY ME
Something went wrong. Please check your entries and try again.

BACK TO BLOG PAGE